The Difference Between Security Tokens And Utility Tokens 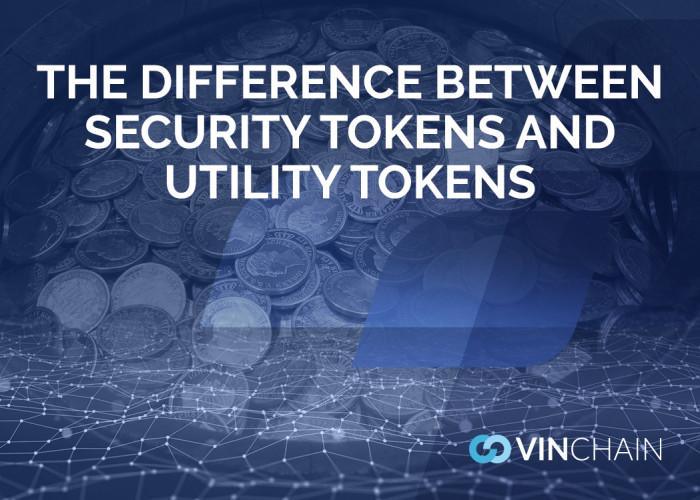 Blockchain technology has many uses and advantages and is expected to create disruption in many industries, such as the automotive industry. The use of tokens has played a major role in increasing the popularity of this exciting new technology and has attracted millions of dollars worth of investment capital.

But what exactly are tokens, and why are investors so keen on getting in on token action?

What is a token?
A token is a utility or value that is issued by a company for a specific reason. It is similar to investing in stock, but where you receive stock in exchange for investment, investing in tokens gets you either a certain value or a particular utility for each token.

When a company issues tokens for the first time, it is called an initial coin offering, or ICO. It is similar to IPOs (initial public offering) that many companies use to generate initial or additional capital. There are two main types of tokens; security tokens and utility tokens, each with its own particular use. Let’s take a look: 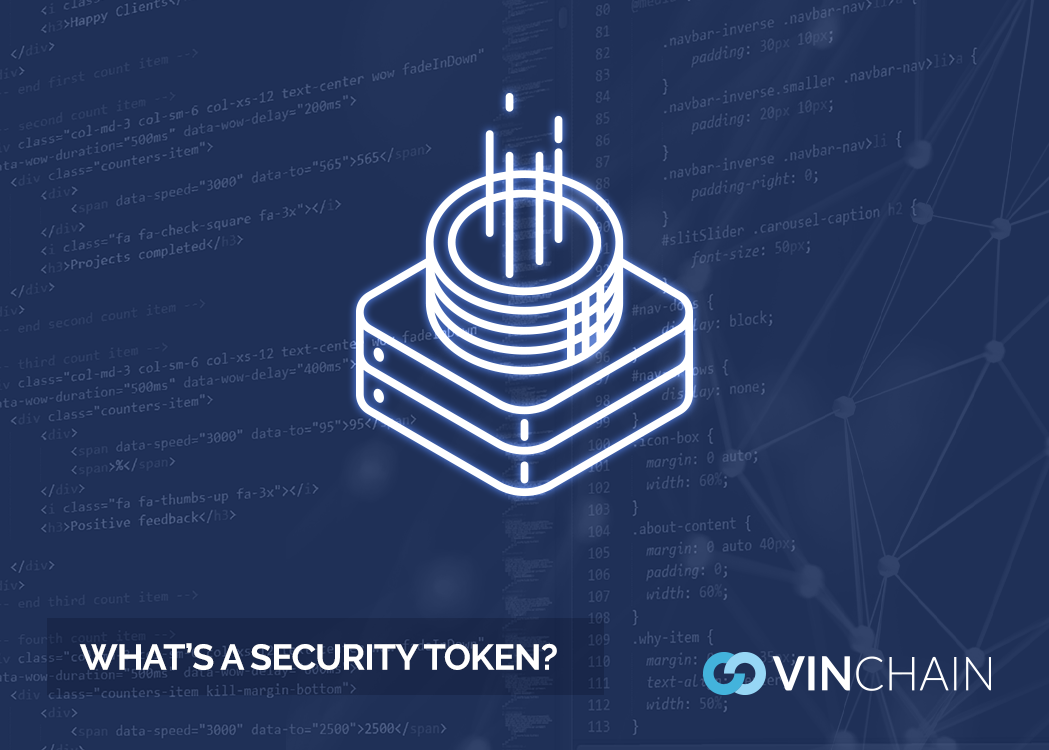 Since security tokens can be traded, they have to comply to certain laws that regulate securities. If tokens don’t comply with these laws, the company issuing them could face penalties or other legal ramifications that can severely hamper their business.

The regulations, set forth by the US Security & Exchange Commission (SEC), are quite stringent and can be quite costly to implement. This prevents many small companies from issuing security tokens. 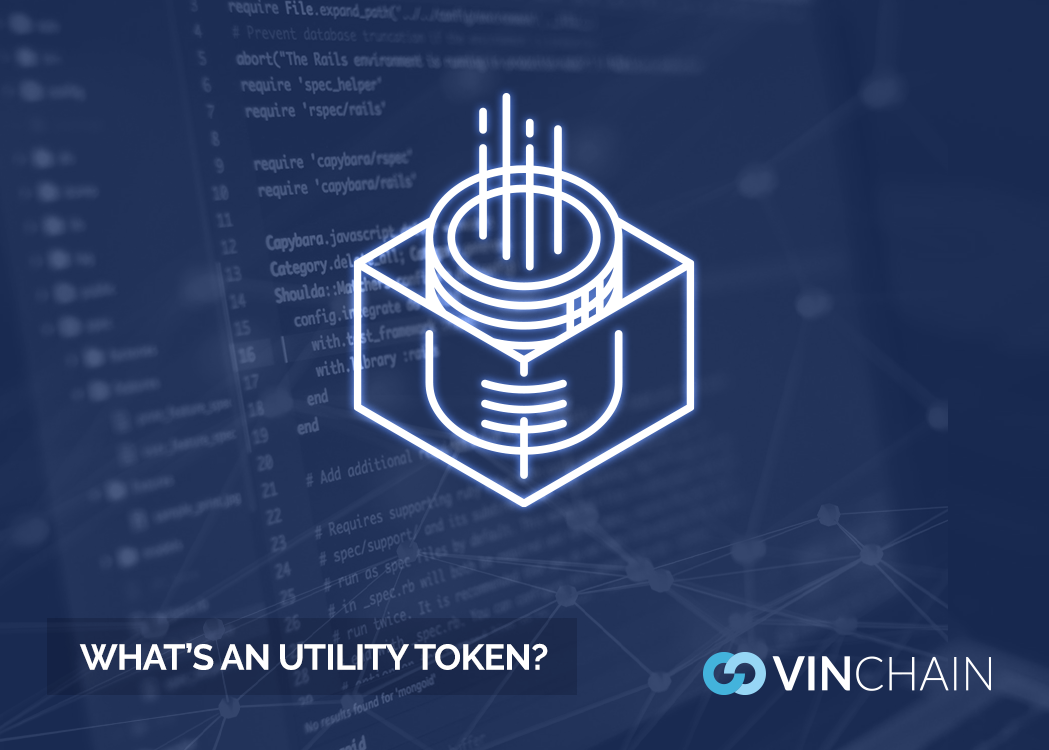 A utility token is a digital coin or token that allows the owner to access certain products and services, similar to gift cards or a credit at a store. While utility tokens can be used by companies to raise capital, they’re not seen as investments by consumers who own the tokens, since they are exchanged for goods or services and not actual money.

VINchain’s VINcoin is a good example of a utility token. With VINcoin, customers can access certain services and features that VINchain offers, such as comprehensive vehicle histories.

Like regular stock or shares, when a user invests in security tokens, these tokens may accrue or lose value as a result of market trading. Also, when the company who issued the tokens turns a profit, holders are rewarded extra tokens as dividends. How much each coin holder gets is determined by process of Proof of Stake, or how many tokens they own. What’s more, security token holders can get ownership of the company, which includes voting rights based on a system created by the blockchain platform. This gives holders a say in the company’s decisions.

On the other hand, utility tokens, are used for the company’s products or services, and while these tokens can also accrue or lose value in the market, token holders do not gain ownership rights, and are therefore not able to exercise any control over the company’s decisions. 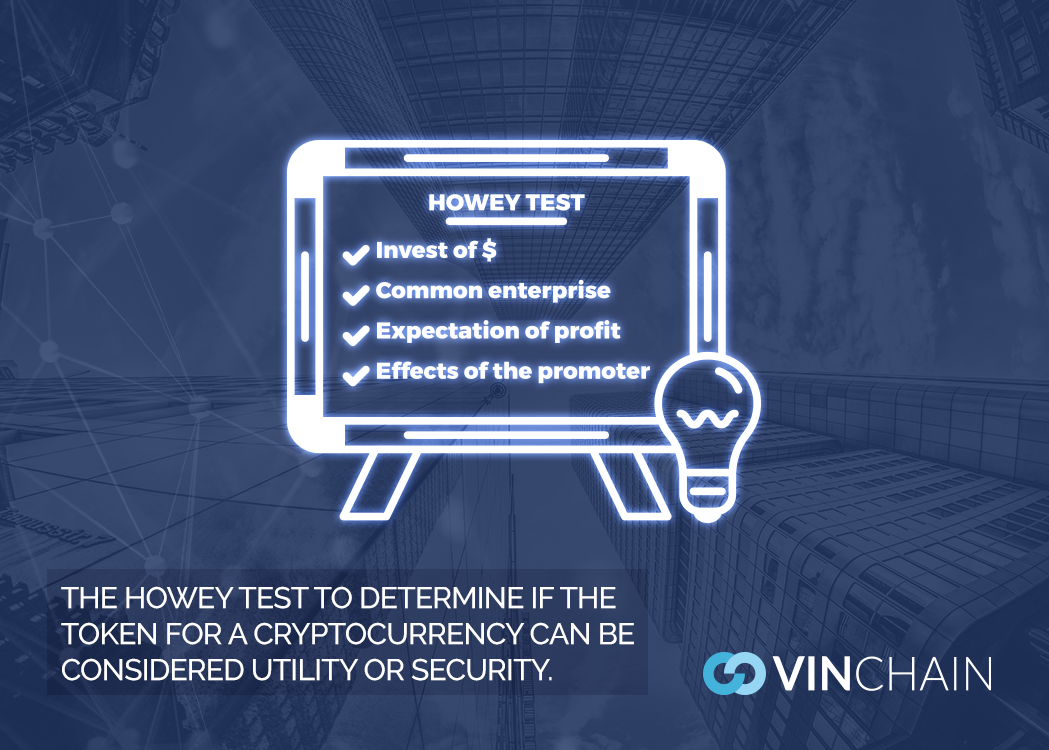 However, the fact that both can be used to earn a profit, can make the difference between the two types of tokens a bit blurry. That’s why the SEC developed the ‘Howey Test’. This test determines whether a token is a security or utility token, and comprises of two questions:

If the answer to any of these two questions is ‘yes’, then the SEC will most probably classify the token as a security token.

Dear VINchain community,      We are happy to announce that this week we’ve hit another record a...

Dear VINchain community, We would like to share with you our latest update. As the year just begins we have all reaso...

Dear VINchain community, As the year comes to an end, it’s the perfect time to take a look back and review how...
View All

When you visit any web site, it may store or retrieve information on your browser, mostly in the form of cookies. This information might be about you, your preferences or your device and is mostly used to make the site work as you expect it to. The information does not usually directly identify you, but it can give you a more personalised web experience.

Because we respect your right to privacy, you can choose not to allow some types of cookies. Click on the different category headings to find out more and change our default settings. However, blocking some types of cookies may impact your experience of the site and the services we are able to offer.
Always Active

These cookies are necessary for the website to function and cannot be switched off in our systems. They are usually only set in response to actions made by you which amount to a request for services, such as setting your privacy preferences, logging in or filling in forms.

You can set your browser to block or alert you about these cookies, but some parts of the site will not then work. These cookies do not store any personally identifiable information.

These cookies may be set through our site by our advertising partners. They may be used by those companies to build a profile of your interests and show you relevant adverts on other sites.

They do not store directly personal information, but are based on uniquely identifying your browser and internet device. If you do not allow these cookies, you will experience less targeted advertising.