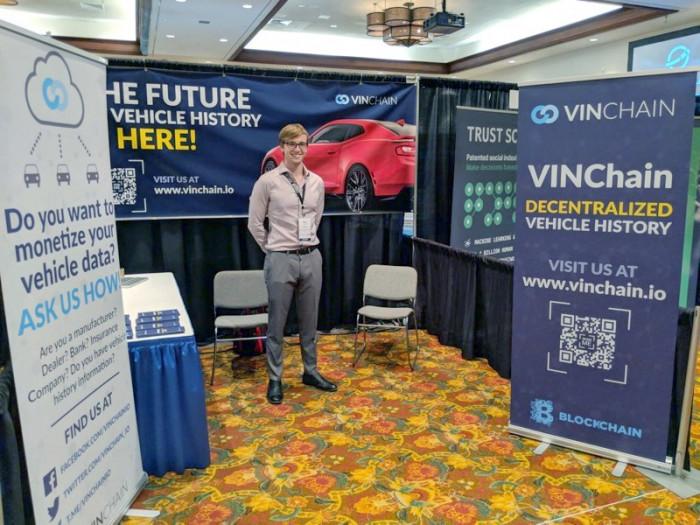 Being the first social platform we were presenting our project, we had adequately prepared for it. Come that Monday, we set everything up and started welcoming all the curious people and explaining what we do. Being a fairly new concept, Blockchain technology was familiar to others while to some it was a new term. Some had no idea what Blockchain is and why it’s important while some were very familiar with it and had very good technical questions. We interacted with so many people from all walks of life and answered all their questions about our project. We met a lot of people and even created new networks from that conference.

Overall, everyone was interested in the idea of how Blockchain technology can solve some key problems that the world faces. With every person that visited our stand, we offered the best customer experience by giving him/her undivided attention while explaining the concept. In the end, they left satisfied and happy to have known about our idea to create a decentralized vehicle database.

We also had a chance to speak to other exhibitors and find out more about their businesses. Many of the other companies said that they were interested in monetizing their data although they were not sure if they can because of their contracts. We agreed to stay in touch and continue discussions on this topic. Some of the companies we talked to included ADD123, WeGoLook, SGS and a few others. We were also approached by other companies who have heard about us before and have been doing research on us. They had much more detailed questions and as we answered them, some took notes. At the end of the day, we were happy and looked forward to the next day of the conference.